Picture of the Cumberland River The group consisting of Ivan, Jacob bean, Maddie, Ally and George got up the next morning and went to the lobby to get some breakfast.

The hotel was serving an omelet buffet. 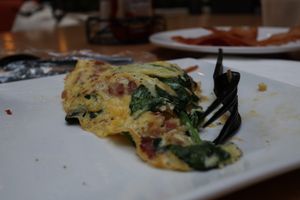 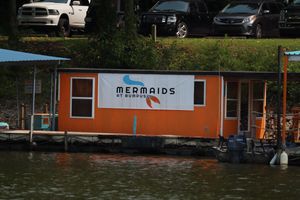 The man wasn't feeling the best so the group ended up renting a pontoon from Bumpus Mills Marina and went out on the river.

Here are some pictures of the trip on the boat.

George was captain of the Pontoon! 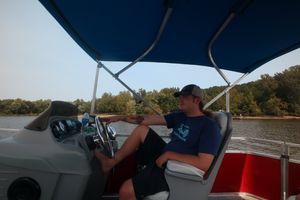 The group anchored and relaxed 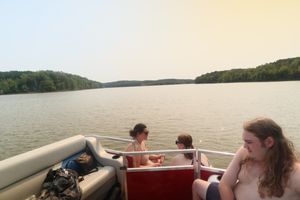 Steering controls for the pontoon. 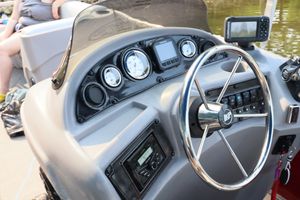 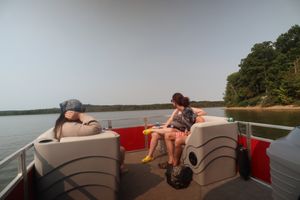 I-Van got a hole in his shoe! 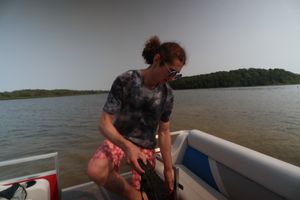 During our guide through of the channel we hit a fallen log.

We had to get out and push the pontoon off of it. 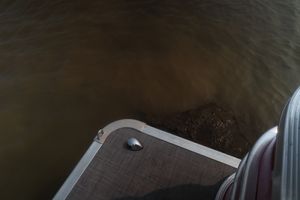 The river was packed today because it's duck hunting season. While the group was on the Cumberland river, Sac called Jacob Bean and told the group that he couldn't find the keys to the bus which held all of the equipment on it. 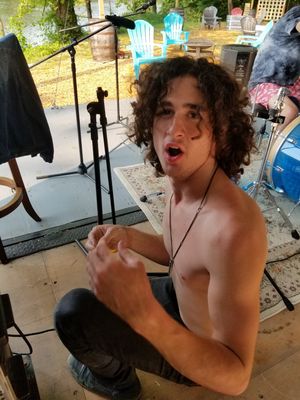 Mr. Grey playing at Bowie's the night before 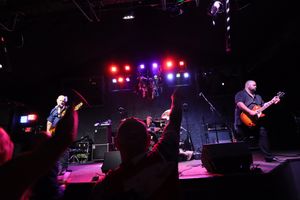 Before Sac ended up going to get the trailer, he ended up finding the keys to the bus and the group got something to eat and left back out on the pontoon.

I-Van is enjoying that food a little too much! 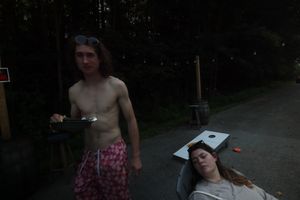 The  group relaxed on the river until probably around 2 or so and then went back to the dock and played some cornhole. 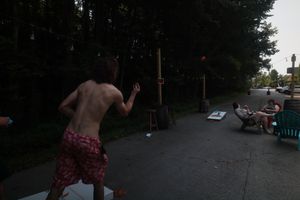 George is a cornhole deity so he ended up wrecking both I-van and Bean but when Jacob bean and i-van went against each other, they played about 30 minutes to a hour for a single match. The reason why this happened is because they played bust and Ivan busted 3 times against Jacob Bean.

In Nashville, there are bats in trees! O.O 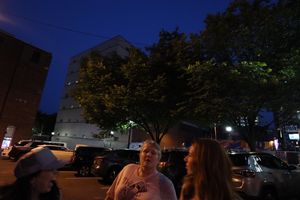 The Match was Legendary!!!

Rocking then Packing up

It was pretty hot outside! Sac had to go shirtless! 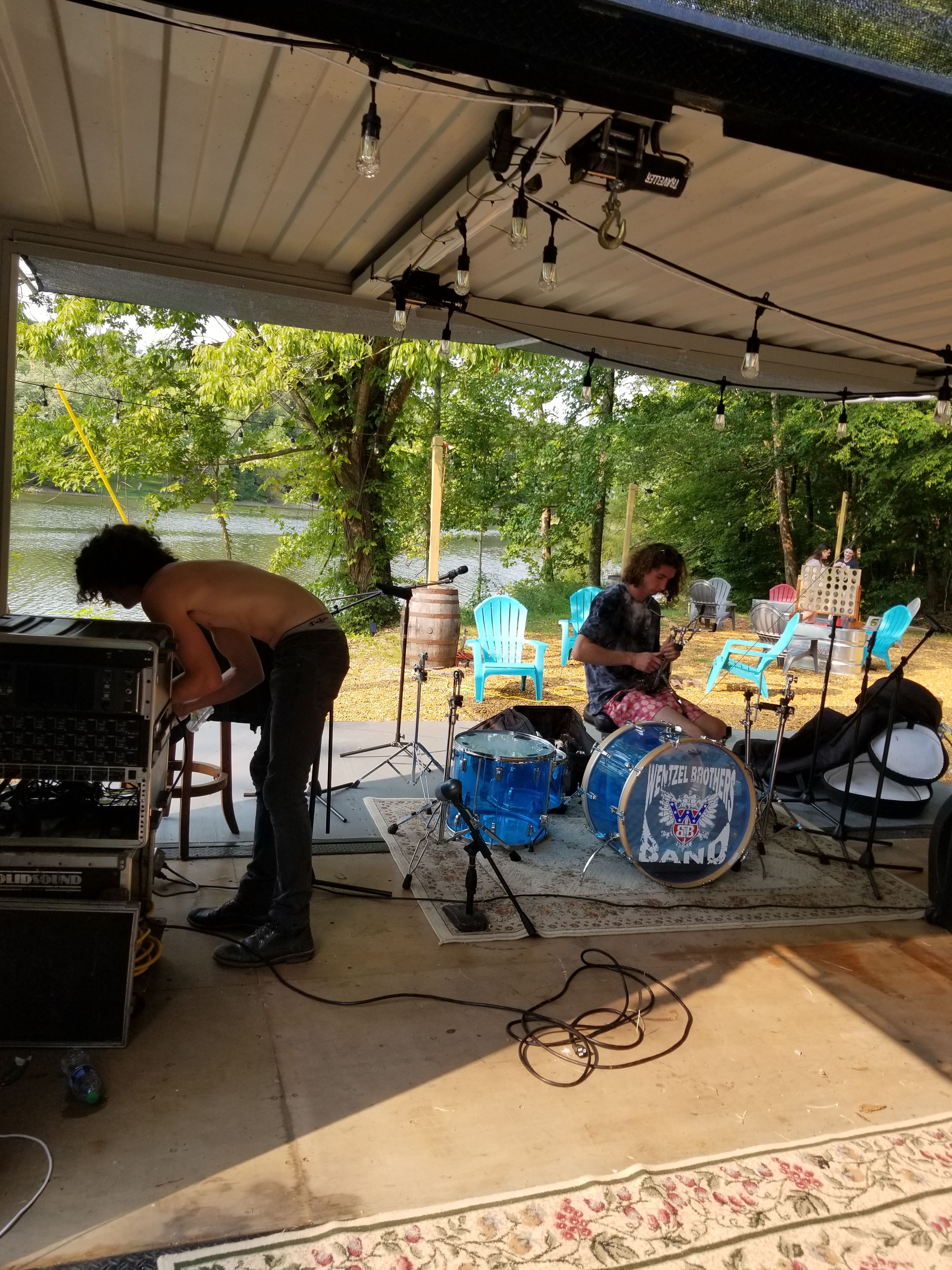 When Sac got there at the venue, the band quickly got the stage set up and even had extra time to sit for 15min before the show to prepare for it. The band started playing around 5pm and they ended up finishing around 8pm. The crowd was WILD! There were women and tons of children dancing in the crowd.  This was one of the best shows that the band has played and it’s all because of the crowds interaction! 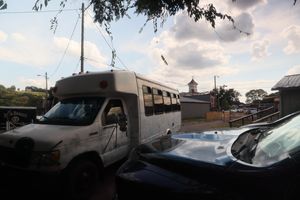 After the band finished up, they caught up and chatted with some people there and then packed up their bus and headed on back home.

It is a 2+ hour drive for them so when they all got home they slept in!!

Thank you for making the night! The night was a lot of fun and if you want to support the band and authentic Rocking music please subscribe to our newsletter and leave a comment down below we are glad to respond to any questions or concerns.

ALSO please follow the band all on social media platforms.

Thank you for your time reading this and your support.

Keep Rocking and Rolling ON!