What did the Wentzel brothers do this weekend? The Wentzel Brothers didn't have any gigs to play this weekend, so they decided to plan a hangout to have some fun! The group went to Miller's Thrillers haunted woods on Friday and did a photoshoot on Saturday and relaxed that evening around a campfire at a family member's house. It was a really fun time and they all had a blast!

What is Miller's Thrillers Haunted Woods? 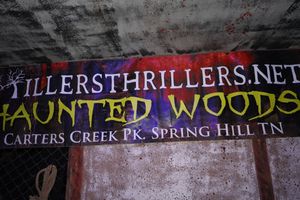 Miller's Thrillers Haunted Woods is a seasonal event (only happens around Halloween time) that has people audition for spots to jump out and scare the people who are attending the course. 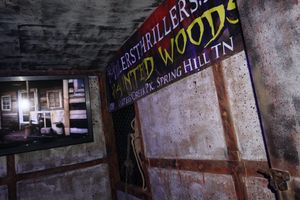 It's really long for a course, they, spent a lot of money and time on this event and you can really tell.

Where is the haunted woods located at? 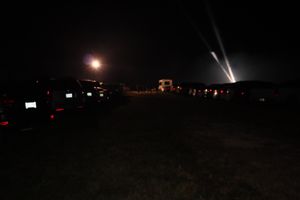 I don't know really much about this event, because this is the first year that we've gone to this event, but this year it was held in Columbia Tennessee really close to spring hill Tn. If you think it'll be hard to find, you'd be wrong because they had high power spot beam lights in the sky that you could see for miles before you get to the place.

Was the Haunted Woods fun or worth it? 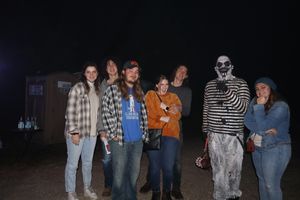 The band had a really fun time going through the course, to be honest it kinda feels like a maze rather than woods, but lights will guide you through to where you are supposed to go without getting lost. 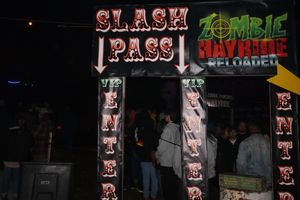 The price for tickets with a slash pass, which allows you to skip the line, is 40 dollars. I actually would recommend getting the slash pass because there were a TON of people there and getting to skip all of them was pretty satisfying.

We had a good time, and would definitely go back again!

What else could you do at the Haunted Woods? 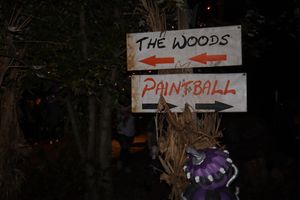 The haunted woods was just one of the events you could go to, there were others as well like a zombie related course, a pirate themed play, and at least like 5 more.

How long did we stay? 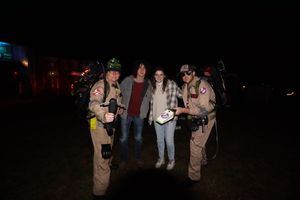 We went on the Haunted Woods course, then went to watch the pirates play and then left, probably around 9:30pm. We got there around 8:00pm, so with a slash pass the haunted woods is about an hour or so long if you wanted to know how long to expect it to be. 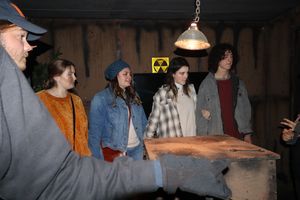 When we left we went to Waffle House to eat some food, then left there and met up the next morning at the band room.

Where did The Wentzel Brothers take their photoshoot at? 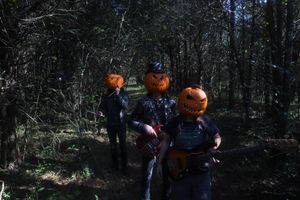 The Wentzel Brothers decided to take the photoshoot on the 10-23-21 in the woods in their back yard. Mary thought it would be cool to carve out some pumpkins to put on the band's faces for the photoshoot. The last part of the shoot the band took the pictures at the front gate of the house. 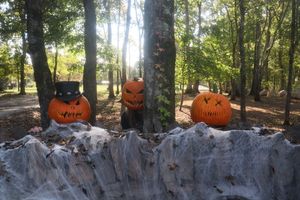 Who did the photoshoot? 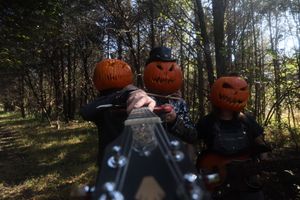 Mary took the photos for the band's photoshoot. She used Jacob Bean's camera to take some pictures. She also directed the band to different spots for the pictures. She definitely did a good job and the pictures that came out of it were solid. 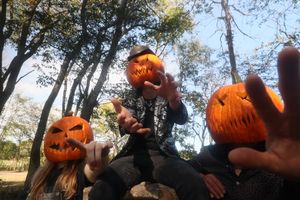 When will YOU be able to see these photos? 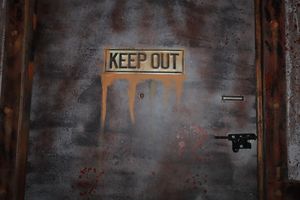 The band will post up these pictures throughout the weeks on social media and will put up some on their website!

Where did the band go after the photoshoot?

The band hung out at a close friend's house and played some songs with him around a campfire. It was a good night for it, the weather was just right and the fire was cooking!

The band left that night and relaxed on Sunday. The weekend was a lot of fun! Thank you for taking the time to read this post!

Without your support, we wouldn't be able to play music for a living, so thank you from the bottom of our hearts!