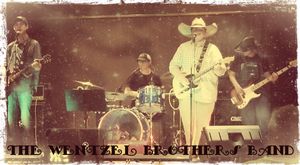 The studio that The Wentzel Brothers band went with to record and mix their second album, In The Shadow of The Mountain, was Sound Revival Studio, and this studio offered to go ahead and start tracking immediately, so then one of the best music bands went straight to recording in that late October of 2017.

The first song that the band hit in the studio was “We Ain’t Through” and it only took about 2 hours, with breaks, to complete. Ivan and jacob hopped in on the background vocals during the chorus and Joshua added background vocals to the verse, giving those spots some more “flavor” to the person hearing it. The group then decided to hit the song “69 Chevelle”, which went easy because they had already taken that song to the studio before, so they had an idea of what they wanted it to sound like. This song took 3 tries with the rhythm section and a couple of tries for the melody and lead. The only changes made to this song, in studio, were a couple of different drum fills and some different vocal changes to add diversity to the lyrics.

After a lunch break and some more time spent away for family reasons, they tracked one of the best southern songs that the engineers have ever heard which was “Helltrain”. The changes they did to this song were mainly in the bassline, where Jacob added a rhythm that progressively adds to the energy build-up in the song, and the guitar parts to the drop off in the song. They ended this night with those songs done and got there the next morning to get back to work. 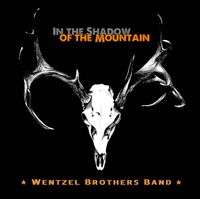 The Band got to the studio early to get started on the next songs for their album, and went to work proving themselves as one of the best music bands of their generation. The band started the day off with “Do It Again”, another one of their best southern songs and ran through it around 5 times to get it close to what they wanted. They ended up going back to re-track the song the next weekend because Jacob did not like the tempo problems in the song. Josh and Ivan added background vocals in the chorus while Issac spent a good while on the lead guitar parts throughout the following weeks. “Chuck Terry” followed that up, being another one of their best southern rock songs, and got completed within the hour with only the drum change to the end being the thing added to the song. Jacob commented on this song saying “The bass you hear in this song was the first run that we tried and it was just the way that I wanted it!”.

The next song that finished off that day was “Broken Trust” and Ivan already had the intention to put backing vocals into this since the day it was created and knew just what to put in for them with Issac starting off the song in a low voice, to himself in the mid and Josh as the higher voice. This format changed in the chorus though, because of Issac singing the main vocals, Ivan’s  and Issac’s harmonies switched to keep attention pulled on Issac’s part.