Where are the Wentzel brothers hangout out at this weekend?!? The Wentzel brothers band have a weekend off from gigs, so they are going to hangout! What place better to hangout than The legendary Pickin Parlor Kimbrose in Franklin Tn.

One of the bands that played that night!

They also played in the Pilgrimage Festival! 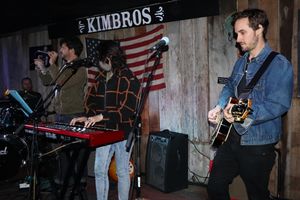 The group planned to go out to have a well deserved fun time.

Kimbros outside when I got there.

They rearranged it and it looked pretty nice! 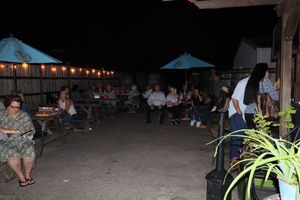 They decided to head out to kimbrose Picking Parlor in Franklin TN, to do a little bit of front porch picking! 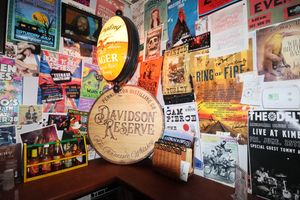 When the band got there Ironman, the guy who is at Kimbrose a LOT got excited when Bean told him that he brought his upright bass.

Sac taking a turn on the upright bass while Bean 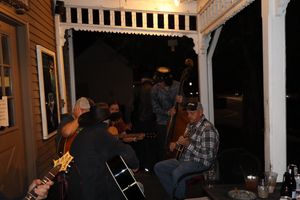 What is there to do in Kimbros?

The band went to kimbros to jam out with the regulars and anyone else who was in the mood to play music. 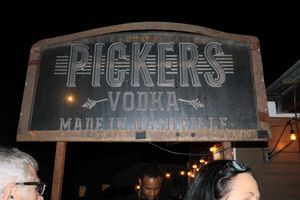 The venue has an indoors and outdoors and has live music usually playing in both spots.

The bands that play there range from local artists to big name artists that pop in from time to time.

Kimbros has really tasty bar food and alcoholic beverages, plus if you want to be surrounded by good people that place is full of them.

How is the crowd at Kimbros?

Kimbros always brings tourists in, especially since Nashville shut down a lot of venues. The crowd last weekend was the biggest I'd ever seen! 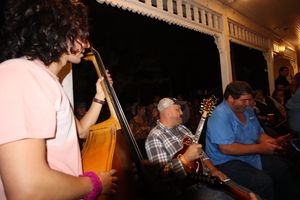 The reason for the amount of people was because the pilgrimage festival was going on in Franklin and a lot of people came down to take part in it.

There were so many people that they were lined up to the street to get in to the venue. That’s crazy! I’ve been to Kimbro’s many times and I’ve never seen that many people there before.

What did the Wentzel Brothers do while they were there? 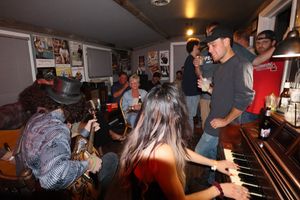 While the Wentzel Brothers were at the venue, they ended up pretty much jamming and having a good time!

Bean stayed out on the front porch most of the night until probably 10:30 and then left home.

Sac and I-Van went in the backroom to jam out with the people inside.

George and Maddie were also there and they had a good time as well.

When are The Wentzel Brothers hanging out again? 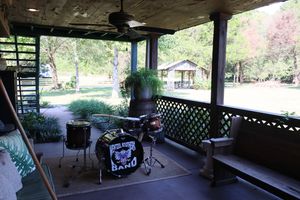 If you want to hangout with the Wentzel Brothers next weekend is a good time to do it.

They will be going out next weekend because I-Van is going out of state.

If you are interested in hanging out, then follow them all on social media and their youtube channel to get updates on where they are going to go this weekend.

Also don’t forget to subscribe to our newsletter to get updates on our lives.

Thank you for taking your time to read this!

Keep Rocking and rolling on!