In The Shadow of The Mountain Part 4 - Ready for the near future!

Getting the Final Product 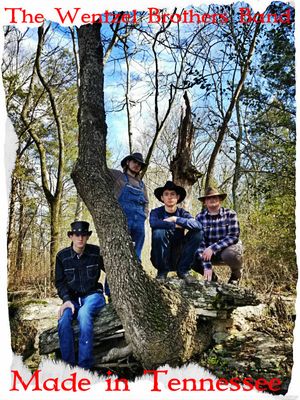 The Wentzel Brothers Band had got 6 of their songs done and wanted to get the rest of them knocked out the next weekend. The band tracked in order: “Bullfrog”, “No Time”, “No Turning Back” and “All The Wrong Places”. The latter two were saved to be the last ones because Ivan had ideas of where to add vocals to them to make it a more fuller sound. “Bullfrog” followed up “Broken Trust” because Jacob wanted to play the ending jam on “Broken Trust” on upright bass, as he played “Bullfrog” on standup bass as well.   “In The Shadow of The Mountain” was recorded free at the studio before they started tracking as a package deal. This song ended up needing to be redone though because the earlier mix got lost. They finished up all the tracks and hopped in a couple times a week to punch - in parts that needed fixing, but after that, the mixing process started.

The next couple of months that followed the recording session, were spent on mixing to get the redneck rock songs sounding better than ever. Almost every week from that point on, one day was spent going to the studio to tell them what to fix, until it got to a spot that Ivan was ok with, but the music is not all that goes into making the album. (Listen to "In The Shadow Of The Mountain Here"

The Wentzel Brothers Band had created an album with redneck rock songs before, but were novices in the process of making albums. They pick up on more ways to improve their next album, from production to telling mixers how to get the sound they want, to even getting the art made for the cd. The cd art for this album took awhile to make because the band was going through different artists who were about to create the cd art. The band had went with an artist they were not familiar with and he did not get the job done. Rushing in getting everything ready on time; They decided to go with was proven good! The Wentzel Brothers Band contacted the artist that also had taken care for the cd art of the first album "Flatcreek Road" which worked out perfectly. From there on the entire process went smooth and the finalizing of the second cd ended in the late stages of production, printing and specially rehearsing the songs. Within a couple of weeks The Wentzel Brothers Band was ready for the launch and maybe on their way to becoming rock legends?!!

Marty V from WKOM Radio 101.7 FM, called up the Wentzel’s home to schedule a day to come and meet with them and met all of them for the first time, and thought “These guys are serious about this, maybe I could turn them into rock legends, if they let me”, which Ivan graciously accepted the invite. The deal was to give the Wentzel Brothers Band some air time and commercials for the CD Launch and website on the radio, but he did not want anything in return, except a table and a couple of benches built for the radio. Ivan said “I’ll sleep on it first, but it's looking like it'll be yes!”

In January, 2018, the masters for the album finally got finished just the way Ivan wanted. It seemed like everything in the album making process was moving along smoothly with the art, guaranteed air time and hard advertising on the radio and all the redneck rock songs being complete, but the only thing that is left is getting everything rolling and see exactly where this path is going to take this band. With as hard working of a band as The Wentzel Brothers Band, they are bound to hit hard and make countless classics that people will enjoy for decades, which is their all-time goal. Radio Shows with Duck FM, KIX 96, WKOM Radio 101.7 FM and others are scheduled, (positive) Reviews of the CD are coming in from Europe, Australia and North America, gigs are line up: The Wentzel Brothers Band is ready for another step in the future!

If you have questions for The Wentzel Brothers Band, or you want more info about a Gig, Interview or other: Click Here 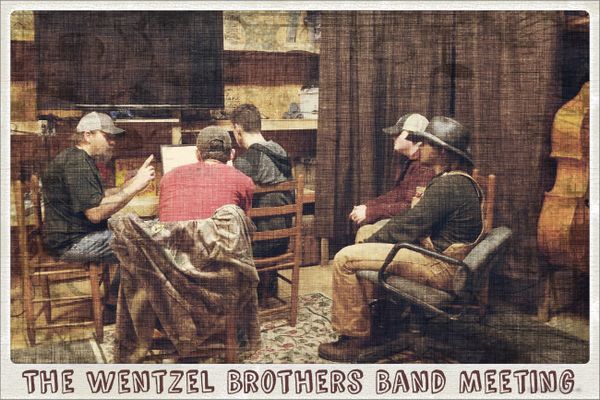